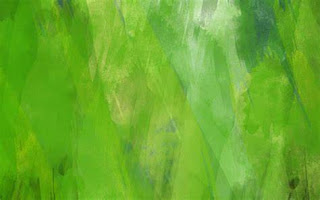 With the passing of the Sunday after Epiphany we lurch into what is referred to liturgically as "Ordinary Time". Those who have been in full on Christmas mode since before Advent began are probably looking forward to the ordinary. For me I would happily defer "Christmas" until the 24th/25th of December after a genuine time of preparation and anticipation in Advent, following the medieval pattern of seasonal celebrations to continue brightening the dark days of January until Candlemas at the beginning of February. But there are things to do and I like everyone else need to get back to the everyday sometime... My reference to a "faint star" owes more than a little to Denise Levertov's reference to a "dim star" in her poem "Agnus Dei", one of the poems in Janet Morley's anthology "Haphazard by Moonlight" and was largely the seed from which this grew. But perhaps in this "ordinary time" I need to take a leaf out of Gerald Manley Hopkin's book in Morley's concluding poem "God's Grandeur" in seeing it all around us at all times, even though it may be "seared with trade; bleared, smeared with toil..."

Packed away with all the
Gold, frankincense, myrrh
And tinsel,

Leaving the everyday strawyness
And in the light-scarred night sky,
A faint star.
Selah

September 26, 2020
Reading again the story of Joshua and the walls of Jericho in preparation for our current Bible Study on "Whole Life Worship" and I am struck again by the difficulty, and importance, of connecting such stories with the everyday experience of people... and indeed myself. Years ago a friend wrote a poem that said "Oh to be in shining armour at the photocopier..." More that a quarter of a century later those words still resonate with me... Ask me clearly  To do the impossible  And I will happily attempt it. Separate waters  With a walking stick To escape pursuing foes. Blow my trumpet  To demolish the impregnable Despite mocking from the ramparts. Face a fearsome giant With a few pebbles, faith And not so youthful arrogance. Sit amongst lions Rather than desert you, Anticipating our enemies’ demise. Let me be a hero Striding across scripture Your words in my ears and mouth. Yes Lord, please Deliver me, not from evil But the undifferentiated mundane; The daily demands
1 comment
Read more